A Fetch Quest involves, more or less, fetching something for an NPC quest-giver. The item being fetched is irrelevant, as the player will simply be fetching something. This type of quest is also referred to as a "FedEx" quest. 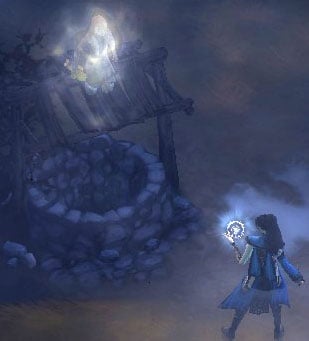 The Wizard has successfully fetched something.