Aspect of Terror, "Diablo's Herald", is a Superunique Terror Demon that appears after talking to Leah's ghost in the Gateway to the Silver Spire in Act IV. It uses the Jailer Boss modifier. It also uses the Terrorized spell. As with the other Terror Demons, Aspect of Terror can vanish and reappear some distance away, or right on top of the player, launching into a fast and damaging melee attack. Once you kill it, a series of smaller regular Terror Demons appear. 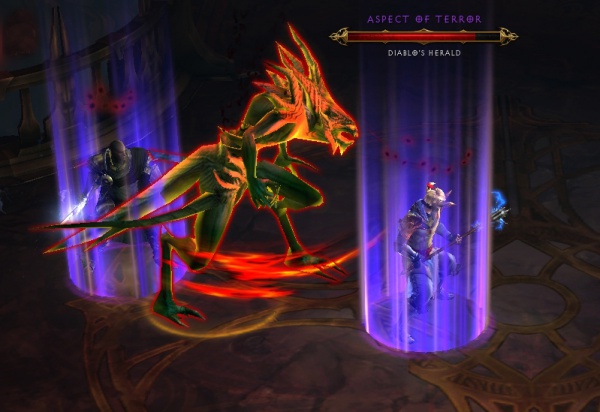