Aspect of Lies, "Belial's Assassin", is a Superunique Demon that appears after talking to Mira Eamon's ghost in level 1 of the Silver Spire in Act IV. It uses the Plagued and Mortar Boss modifiers and two spells, Curse of Rust and Curse of Mud. One of its attacks consists in dropping little bones on its opponents. It also throws huge balls of fire at you. 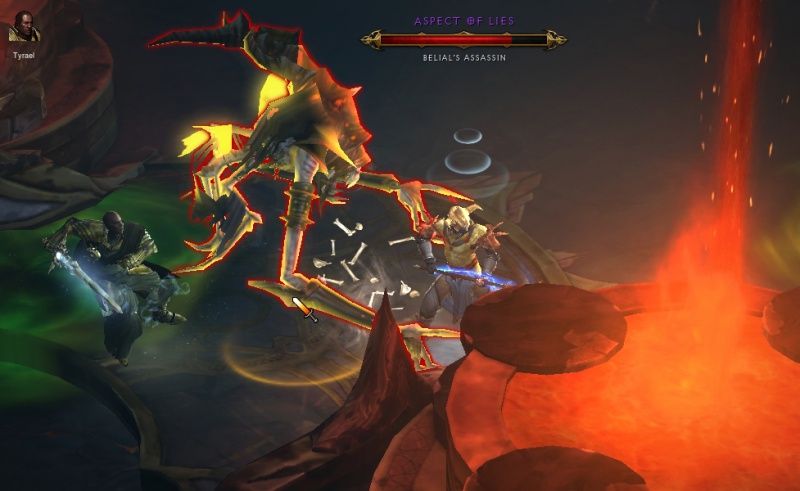