Stilgar's corpse is a clickable dead body which randomly spawns in the Desolate Sands, Act II. It most likely was included as an Easter Egg in the original game release though it may have been added in patch 1.0.1. 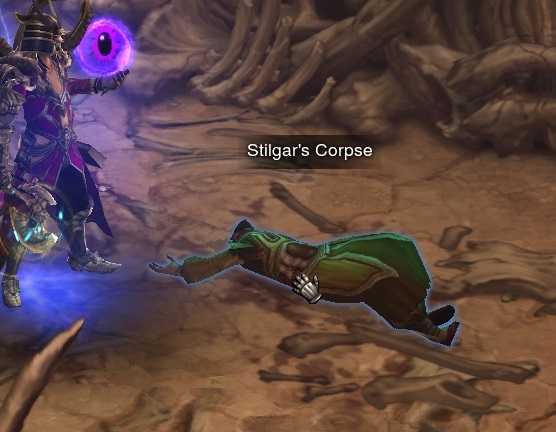 Stilgar is a fictional character appearing in the first three novels of the Dune series written by Frank Herbert. The Naib, or chieftain, of Sietch Tabr on the planet Arrakis, Stilgar belongs to a race known as the Fremen; a desert people existing in the baron sand covered wastes of Arrakis.[1]

Other references to Frank Herbert's Dune in Diablo 3 include Shaitan the Broodmother, a unique rockworm also randomly spawning in the Desolate Sands, whose descriptor is "The Great Maker", an allusion to the sand worms of Arrakis.