Squishy is an adjective applied to classes, characters, or builds that seem too soft or easily-killed, compared to other builds or characters. This term can be applied to entire character classes, or to specific builds or play styles.

For example, Demon Hunters in Diablo 3 vanilla were very squishy and few players had much luck playing them in Hardcore. DHs had a wide array of escape and movement skills, but if these failed (such as when faced with Waller Elites, or when Discipline ran out, the Demon Hunter would die very quickly to amounts of damage that other classes would easily have survived.

Glass cannon style builds are squishy almost by definition, with more skills and gear allocated to dealing destruction, rather than taking damage and surviving.

D3v2 and RoS changed the basic combat system of the game to make all characters feel less squishy, with most spiky damage removed and a general shift towards more strategic combat with few one-shot deaths and more options to create robust characters who can stand up to punishment, or at least take longer to die. 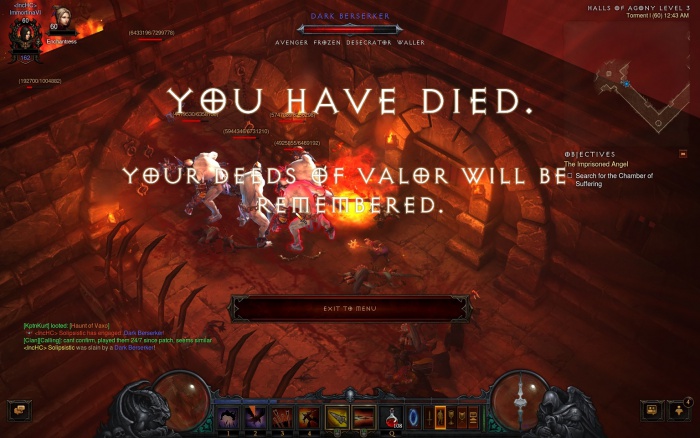 Another Demon Hunter meets her fate.
Retrieved from "https://www.diablowiki.net/index.php?title=Squishy&oldid=70025"