This listing resembles that for live characters, and shows the name of the dead character, their level when they died, as well as their build, time played, monsters killed, and gold collected. Players can not view their equipment, though.

so what happens to a hc char when they die? Take up a slot still? --HCXanth
Why, they’re transferred to The Hall of Fallen Heroes, of course. --Bashiok 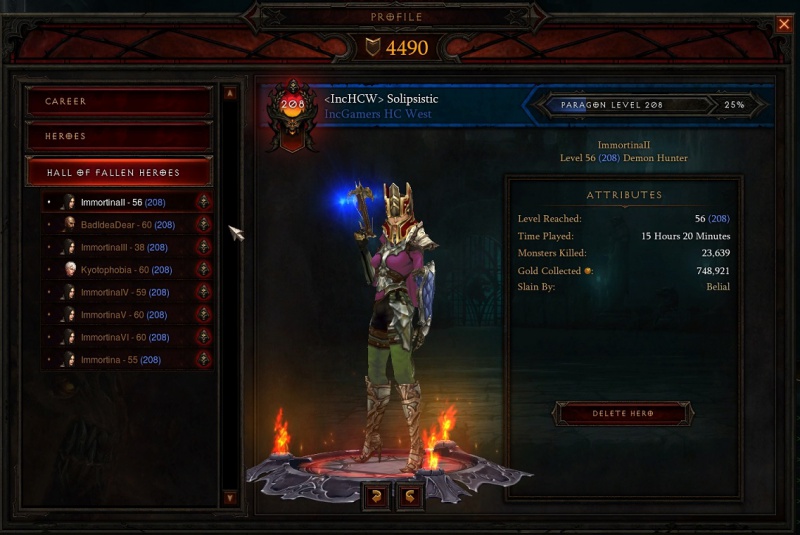 Hardcore Hall of Heroes shown via the in-game menu.
Retrieved from "https://www.diablowiki.net/index.php?title=Hall_of_Heroes&oldid=75777"