About the Build[edit | edit source]

Endearingly termed “Barbari-care,” Squirrel has put together a build inspired by a single item: Razor Strop (db). While equipped, this Legendary belt transforms Health Globes into diminutive detonators that, in addition to healing your hero for their normal amount, will also explode whenever picked up, dealing Fire damage to all enemies within 20 yards.

“This build is theorycrafted based on an item I found before RoS was released, but after Loot 2.0,” Squirrel writes in. While he hasn't yet acquired a level 70 version of Razor Strop to explode demonic faces and play doctor for his party members, he’s put some careful consideration into the finer points of what would make this build shine—and, of course, be fun to play!

While a mostly novelty build, the core concept excels in group play and, with help from your friends, can provide great utility and additional damage in any difficulty level and any game mode. It’s recommended to test this build out, at least to start, in Normal on Master or Torment I.

To get a feel for what a similar build might look like in Torment VI, be sure to check out this video by Mikromanus!

Let’s look closer at what it takes to be the ultimate healthcare Barbarian.

The core of this build is focused on Razor Strop, as both the inspiration and the linchpin for tying everything together. Of course, there’s always room for improvement, and there’s several items that can complement other aspects of this build, both thematically and mechanically. 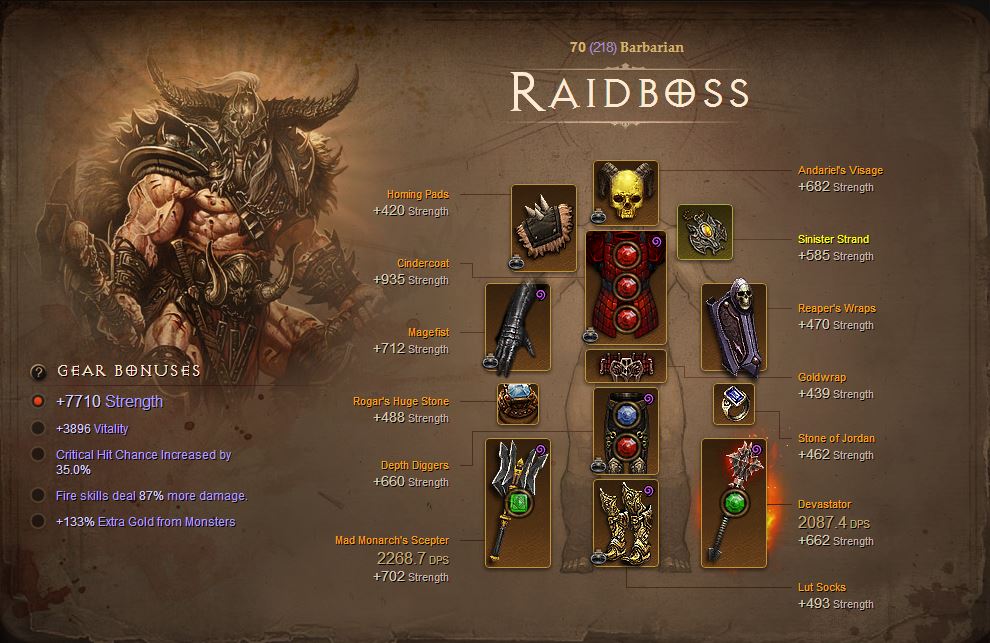 These items form the foundation of this build, and are largely necessary.

These items compliment this build and provide synergy with existing mechanics.

The Ess of Johan

These items are more of a flavorful addition to this build, if you wish to explore the theme more thoroughly.

Of course, not every slot needs to be a build-changing or complementing Legendary. On your other items, you should look out for the following stats: