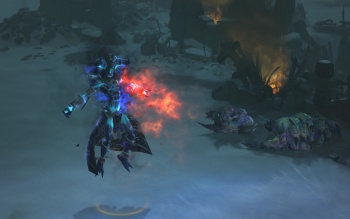 Xan'Rith the Keywarden is a Unique boss added in Patch v1.0.5. This monster can be found somewhere in the Stonefort level of Act Three. On Inferno difficulty, Xan'Rith has a chance to drop the Key of Terror, an item required for the Infernal Machine end game event.