Difference between revisions of "Victor Lee"

Victor Lee is one of the Blizzard artists working on Diablo III. He is also no stranger to the action-RPG genre. He worked on a somewhat under the radar, Diablo-influenced game developed by Click Entertainment (formed by former Blizzard North team members Isaac Gartner and Ben Haas)[1] called Throne of Darkness. 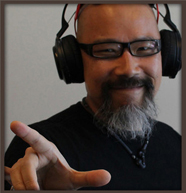 Little information is publically available about Victor Lee. His personal website is hosted on the San Jose State University web servers in the math department. It seems possible that Victor was a student in the department, though this is speculation. Abundantly clear, however, is Victor's incredible talent for art.[2]

Victor maintains a personal website that showcases his art. Many of the examples displayed there are from his work on Throne of Darkness.

Victor has contributed concept art for monsters, levels, characters, cities, and more. All of his properly-attributed Diablo 3 works can be seen here.

Dozens of Victor's concept artworks can be seen bearing very close resemblance to the finished monsters and NPCs in the game, so it seems he was one of the chief visual architects of the look of characters and monsters in Diablo III. A sampling of his work can be seen below.