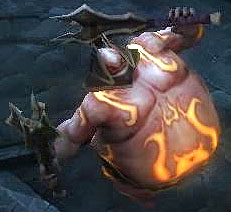 The title 'Gluttony Incarnate' is a mystery. Comparing this big fella with the Siegebreaker Assault Beast, he seems to have a 'title' that would work very much like Diablo 2 Monster Modifiers. Still, 'Gluttony Incarnate' could be his title just like the Siegebreaker's 'Living siege Engine of Hell' obviously must be. The Thousand Pounder could also very well be an equivalent of a Diablo II Superunique, with a different name than other units that look the same (as the Thousand Pounder has been depicted to come in packs in concept art). Time (and BlizzCon) will hopefully tell. 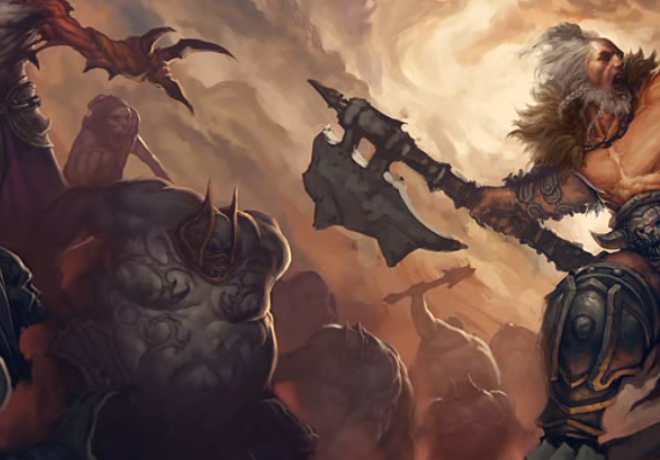