Difference between revisions of "Skovos"

Skovos island and city can be found on the south end of the world map as part of the Skovos Isles, the home of the Amazon warriors found in Diablo II.

The city is located on an atoll in the Sea of Light, and seems to primarily be a trading harbor for the rest of the Skovos Isles. Skovos' society was, supposedly, founded by a human and angel. 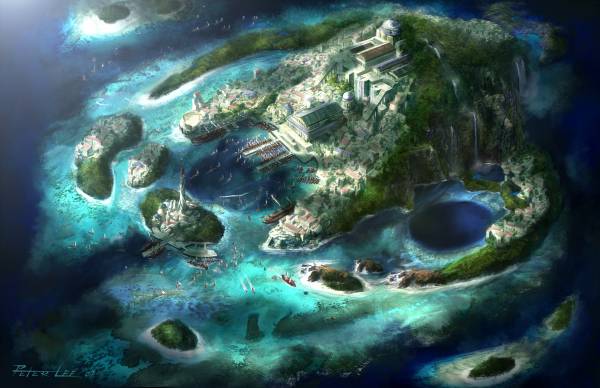 It was revealed during Blizzcon '08's Lore & Art Panel for Diablo III that Skovos will not be visitable by the player during the events of Diablo III, but that internally they fleshed it out quite a bit so that it could be made reference to by people in the game world.