Difference between revisions of "Sirocco Caverns"

The Sirocco Caverns appear in the Howling Plateau in Act II. It's a two story dungeon. The second level has a Resplendent Chest and a rare Ghoul so there is a likelihood of some loot.

There are no quests or events in this dungeon but it is a requirement of the Nooks and Crannies achievement. 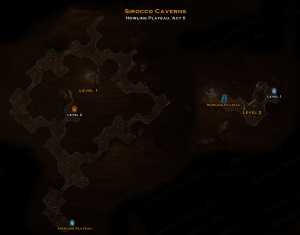 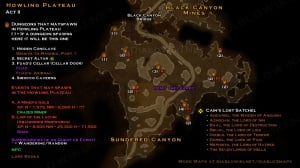 Waypoints are special plates on the ground that form a network of jump points allowing players to instantly teleport between them. The nearest waypoint for Sirocco Caverns appears just across the bridge on the left in the Black Canyon Mines.

Sirocco Caverns is in some way involved in the following achievement(s).