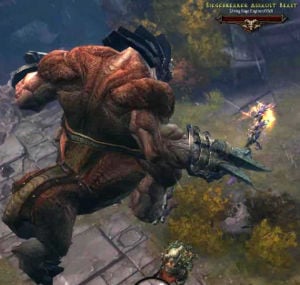 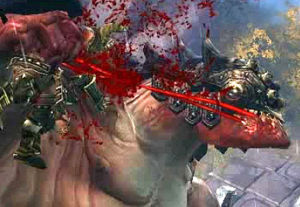 Siegebreaker biting off a Barbarian's head.
Besides his gargantuan size and speed, the most talked about feature of Siegebreaker's appearance in the WWI 2008 gameplay movie were the fatalities he delivered to two of the four characters fighting him. The most memorable was the death of a barbarian, when Siegebreaker picked up the hero and outright bit his head off, then threw down the decapitated corpse with a howl of rage. In result of this action, Siegebreaker's jaw was covered with blood and body parts until the end of the battle. A Witch Doctor was similarly destroyed, not by a bite, but by a spike to the ground, after being picked up and howled at. 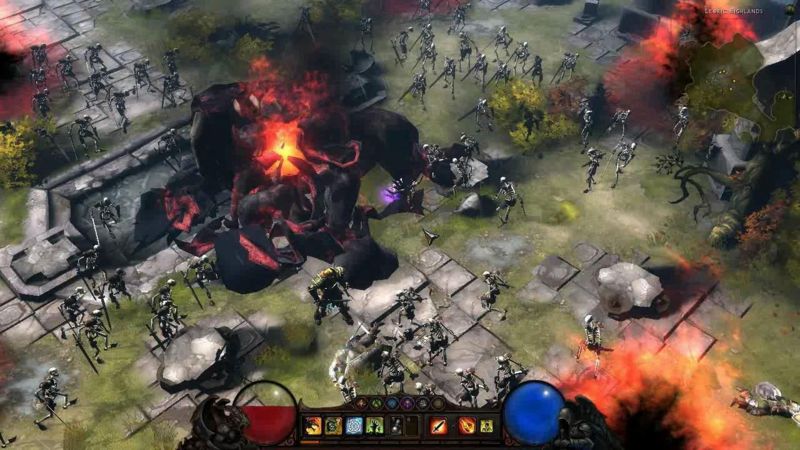