The Miser's Will - Diablo Wiki

The objective of the The Miser's Will event is to open the "right" chest among a group of three. The reason why there are three chests here can be gathered by reading the Miser's Will Lore Book. Your success is purely based on luck. If you choose the wrong chest, red bombs of Shadow Vermins fall down from the ceiling or lightning orbs, identical to those generated by the Orbiter Boss Modifiers, appear. There is a bonus if you open the right chest on the first try. This event takes place in the Miser's Hovel in the Westmarch Commons in Act V. Note the nice pattern on the floor in the center of the room.
This is one of the events to be completed to obtain the "Sightseeing" and "The Tourists" Achievements.
Significant changes were implemented in version 2.1.2, Orbiters and Shadow Vermins have been replaced with packs of Revenant Shield Guards and Revenant Archers or Exorcists. Now, even if you chose the right chest, a pack of monster will appear. 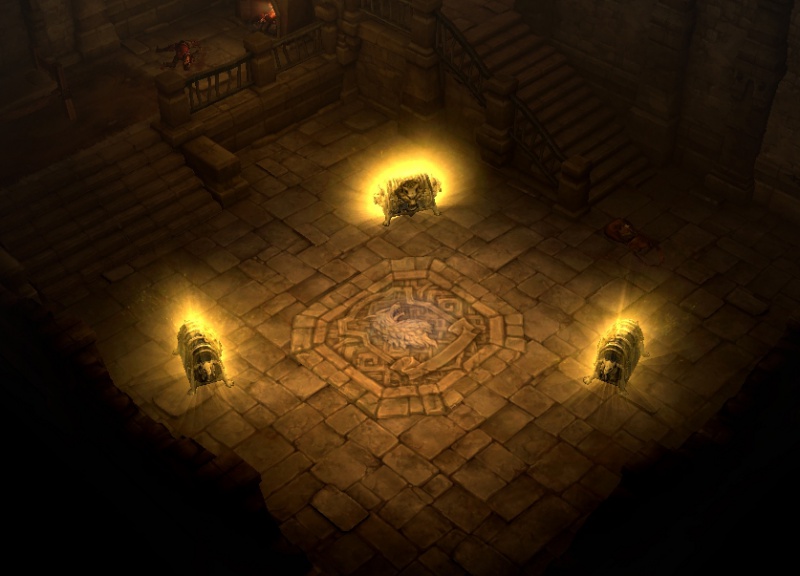