Leaderboards are a feature coming to Diablo 3 in Patch 2.1. They are basically the UI display of the ladders, which Blizzard is calling Seasons in Diablo 3. Leaderboards will display the top characters in each Season, ranked by various criteria.

The updated rankings will show the highest Greater Rifts cleared (and the time required) by solo classes and groups of 2-4 players. These can be filtered to show everyone on the server, your clan, just your friend's list, or even other players in your location such as at a LAN party or Baang. Leaderboards will also record the first 1000 accounts on each server to reach level 70 (with each class) as well as the first to complete the various seasonal Conquests, which are special seasonal Achievements.[1]

The full system has not yet been demoed, but once the Patch 2.1 PTR starts players will get a look at it. 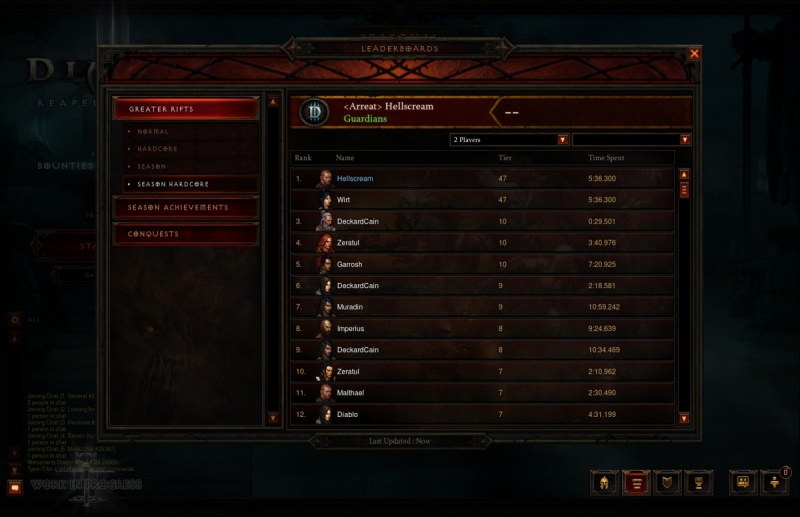