Glowing Tyrael-style wings are a special bonus.]] The full contents were revealed at Blizzcon 2011. 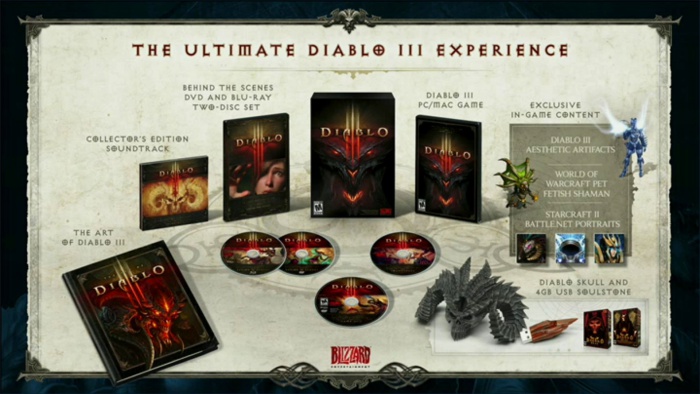 The Angelic Wings can not be dyed. [3]

Angelic Wings can not be shared with characters off of your account, so no sharing with friends. [4]

Prior to the reveal, the D3 Team were repeatedly asked about the Collector's Edition. They always followed Blizzard policy by denying everything prior to an official reveal. (Obviously they knew a lot about it; the items in the CE were planned months of years in advance.) For example, A fan asked about the D3:CE at the Crafting Sanctuary Panel at Blizzcon 2010:

Question: What exclusively might there be in a Diablo III Collector's Edition?
Answer: We haven't talked about it at all yet. But something cool, I'm sure.

Another instance came in February 2011, from the @Diablo twitter feed. [5]

We’ve not announced a collector’s edition. 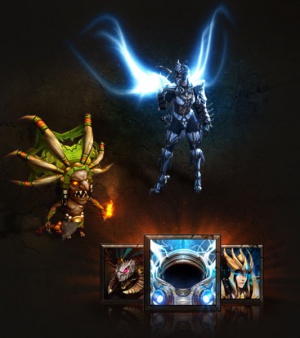 Various prizes from the D3CE.

Stocks of the CE were very limited, with a large amount of distribution issues as the game edged closer to release[1].

In the collector's editions for their recent titles (Warcraft 3, WoW and its expansions, and Starcraft 2), Blizzard has always included the game's soundtrack, an art book, a comic book, and a behind the scenes making-of-the-game DVD, and World of Warcraft virtual pet. All of those seemed fairly safe bets for the Diablo III collector's edition, and indeed most of them were included.

The SC2 collector's edition was released on July 27, 2010, the same day as the regular game. There has not yet been any word about Collector's Editions for SC2 parts 2 and 3. The Diablo III Collector's Edition did not contain the same stuff as the SC2:CE did, but the loot was fairly similar. 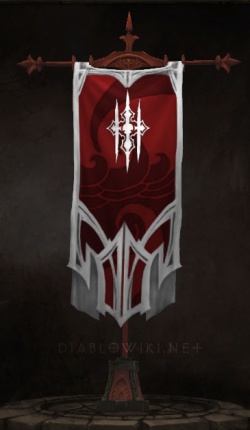 Two dyes, angel wings, and a banner sigil were included with the CE. The dyes and wings are automatically added to the inventory of a new character, provided they are from an account that has a CE key attached to it. The dyes and wings cannot be dropped to the ground, but they can be sold for one gold each, after a confirmation message of sale from the vendor. The vanity items may also be stored in the player's account-wide stash.

Images showing off the D3CE and various features associated with it.