Difference between revisions of "Berserker" 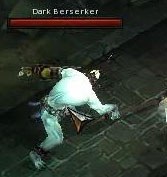 Berserkers are Demons. Likely this monster is called a Berserker, and "Dark" is a subtype applied to Berserkers and a variety of other related evil human monsters.

Berserkers are the muscle of their evil, demon-worshipping cult. They are massive, powerful men who wear hoods and loincloths and carry huge mauls, with which they are happy to bash your brains in.

Berserkers have a special overhead smashing attack, which they telegraph by powering up their mauls with a reddish glow. Their overhead attack is highly damaging, but if you dodge it the Berserker will hit the floor so hard their maul breaks through the stone and gets stuck there. While the Berserker struggles to pull his weapon free, he is defenseless and can be killed swiftly.

It's not yet known if Dark Cultists or some other mage-class monster can cast any buffs on the Berserkers.

See screenshots and concept art of the Berserker in the Image Gallery. 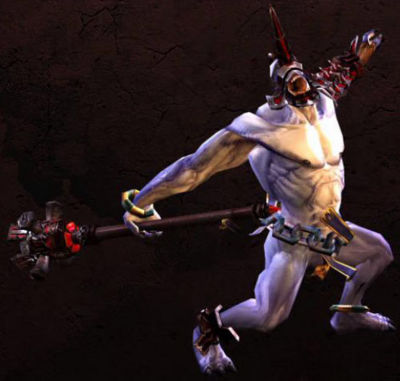